Born of an unabashed love of Irish music, a shared influence in pop and rock hits from the 60’s to today, and a musical background in the Philly Mummers’ String Bands, Shenanigans was formed in April of 2017.  The founding members all shared a musical vision for a band which could carry on the proud tradition of traditional and rebellious Irish music in the Philadelphia and South Jersey music scene while also playing and putting their own take on many popular cover songs.

As their name implies, Shenanigans’ aim is to ensure a great time for all, and we believe that the best way to do that is to start by having a great time while performing.

Covering everything from The Pogues to The Dubliners, from The Beatles to Redbone, from Johnny Cash to Bel Biv Devoe, you never know what you may hear when Shenanigans takes the stage, but you can rest assured that you will have as much fun listening to it as we are playing it!

So… who is Shenanigans?

Our founding member, Chuck has been a percussionist, DJ, and Mummer, bringing decades of musical experience to the band.  As our drummer, booking agent, publicist, and organizer, Chuck drives the band and sets our tempo in every way imaginable.  In addition to being the drummer of Shenanigans, Chuck is also a member of Ferko String Band, the Second Street Irish Society Pipes and Drums, and Cairdeas Irish Brigade.  Also a devoted father and husband, the whole Graser clan shares his musical inclinations and can be found in several String Bands and bands of their own. 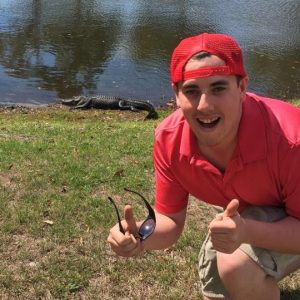 You can’t have an Irish band without a squeezebox…. well, okay, you could…but why would you want to?  Especially when you have someone as good as Shenanigans’ very own Brian McGuire pushing and pulling?  A founding member of the band, Brian is also a member of the Greater Kensington String Band and Cairdeas Irish Brigade.  With a background in the button accordion and saxophone and influences ranging from all genres, eras, and artists, Brian provides a significant amount of the musical direction of the band.  His squeezebox and vocal work combine to help form Shenanigans’ signature sound.

From the first notes he ever seriously played, Kevin has wanted to play Irish music.  Growing up listening to bands like Blackthorn, the Pogues, Sean Fleming Band, Flogging Molly, and The Dubliners, Irish music has always been on Kevin’s radar and was a large factor in what pushed him to start learning guitar in high school.  In addition to playing his acoustic and providing vocals to Shenanigans, Kevin is a member of Polish American String Band and Cairdeas Irish Brigade.  A founding member, Kevin works closely with Chuck and Brian in helping to develop Shenanigans’ signature sound, ever growing song list and design our musical sets. 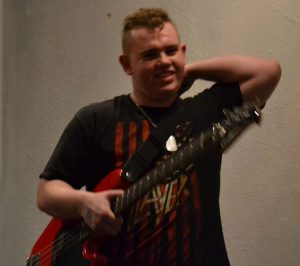 Looking for someone to play bottom??? Boy have we got ’em!!!  Josh Matelski has been playing guitar, bass, and keys for over 20 years in a variety of different bands covering a wide range of styles.  A member of the Polish American String Band where he plays the upright bass fiddle, Josh brought his bass talents to Shenanigans in July of 2017.  Outside of music, Josh is an accomplished cinematographer, video editor, and all-around video technical genius, so his skills are not only evident on the four-string but also in much of our online content and media.

His origin is unknown; he simply appeared one day, electric guitar in-hand, and he started playing beautiful, beautiful music.  Dropped off in a bassinet on our doorstep during one of our rehearsals with nothing but his guitar, amp, and effects pedals, The Mystery Man has brought a new dimension and incredible depth to Shenanigans’ sound.  When he’s not playing mind-blowing solos and riffing on our favorite Irish tunes on his electric six-string, The Mystery Man can also occasionally be spotted playing banjo and mandolin (not simultaneously…yet!) in some of our softer set selections.  Just who is The Mystery Man?  Where does he come from?  Where is he going?  What is he trying to tell us when he starts shredding that guitar?  We may never know, but we do know one thing; Shenanigans is lucky to have him!